The Wheel, supported by representatives from some of Ireland’s leading charities, today launched Community Matters, a national campaign aimed at the candidates contesting the local and European elections on 24 May.

The purpose of the Community Matters campaign is to encourage all local and European elected representatives to champion and support the work of charities, community and voluntary organisations and social enterprises.

Representatives from the Irish Cancer Society, the Irish Wheelchair Society, Down Syndrome Ireland, SpunOut and Dóchas joined The Wheel’s CEO, Deirdre Garvey as they launched the campaign by unveiling a series of election posters in front of Dublin City Council’s Offices on Wood Quay.

Speaking at the launch, CEO Deirdre Garvey said, “As the local and European election campaigns launch over the coming weeks, we want to ensure the focus remains where it should be - on the people in the communities whom candidates seek to represent. The charity, community and voluntary sector is the backbone of every community across Ireland, supporting and advocating for the most vulnerable in society. We want to remind candidates of the vital work these organisations do and the richness they bring to life in Ireland. It is important for candidates to publicly commit their support for the nonprofit sector and all of the people they represent ahead of the election on 24 May.” 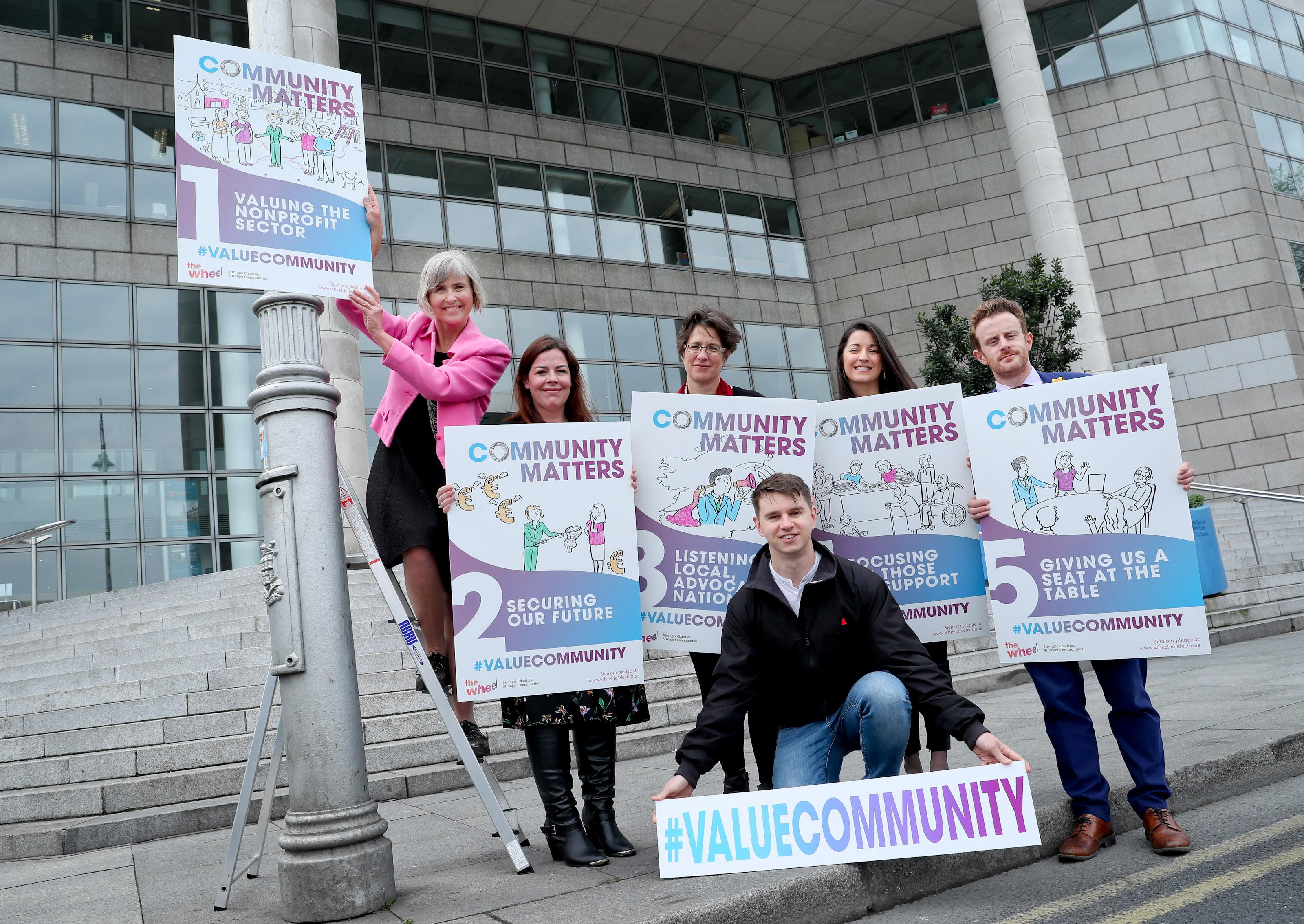 Light Inside - Facing Adversity with a Resilient Mind (Online Classroom)

Unique online leadership workshop with the world-renowned Dialogue In The Dark team.

Meeting of the HSE Members' Network

Meeting of HSE network to discuss the Board of the HSE’s Corporate Plan for 2020.