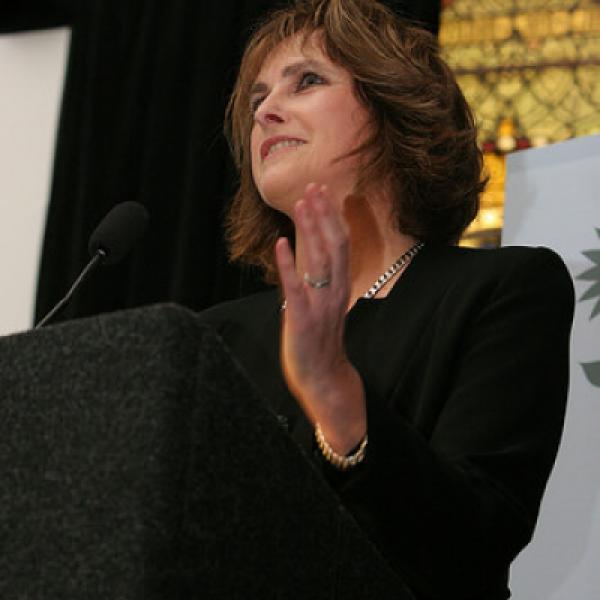 An appreciation of the late Dr Mary Redmond by Deirdre Garvey, CEO of The Wheel

The late Dr Redmond brought her sharp intellect to bear in her role as one of Ireland’s top employment lawyers. She had extensive experience of employment law and industrial relations and was a member of the Labour Relations Commission during two consecutive terms. She advised a wide range of clients on Irish and EU employment law and is author of the standard text Dismissal Law (2007) which has seen three editions, and co-author with Tom Mallon of Strikes – An Essential Guide to Industrial Relations (2010) and of numerous other publications and articles in Ireland and the UK on employment law.

She was also an astute academic. Dr Redmond completed her law degrees (BCL and LLM) at UCD, and at age 19, she became the first woman to be a lecturer in that university’s Law Faculty. She went on to study at both Oxford and Cambridge Universities. In 1981, she was made fellow of Cambridge University (Christ's College), and in 2004 she became Honorary Fellow. Last year, Trinity College conferred her with an honorary Doctor in Laws Honoris Causa in recognition of her contribution to legal scholarship and social entrepreneurship.

Her profound sense of compassion and entrepreneurial spirit found expression after her father’s death in 1985, which was the catalyst for her to found two national charities each of which became game-changing leaders in their respective fields.

One of the most distinguished Irish citizens of her generation.

In the second instance, it was the practical difficulties she experienced when setting up the Irish Hospice Foundation as a charity which brought home to her that setting up and running a charity well is complex and difficult. At that time, there was no equivalent to an ‘enterprise body’ to help start-up charities. Her innovative solution would change the voluntary sector in Ireland forever.

Dr Redmond’s vision was of a national network of charities, community/voluntary groups, social enterprises, clubs and associations that would come together to celebrate and nurture what they have in common; share learning and experiences; support high standards of practice; and foster collaborative working. This vision found form in the establishment of The Wheel, founded in 1999, which today does all of this and more. It is now the leading representative and support body for all charities and has grown to have 1,100 members. Mary also served on The Wheel’s board of directors from 1999 through to 2006.

Mary had the confidence to break with so-called perceived wisdom in any given situation. She was a fiercely independent thinker who saw solutions where others saw problems. She was a compelling and charismatic leader and visionary. Mary had an enormous intellect that she carried with utmost humility and she had a vivacious and ever-present sense of fun, humour and appreciation of wit. She also had a refreshingly childlike belief in the goodness of people, and consequently, I’ve seen those who came into contact with her become better versions of themselves, almost as if as to live up to her expectations.

At her core, she had an abundance of compassion – particularly for those to whom life was harsh, and she was inexorably drawn to helping others. Her life demonstrates what active citizenship means when put to the service of the common good. She was truly one of Ireland's most distinguished citizens of her generation.