Irish People More Likely to Experience Kindness Than Those in Other Jurisdictions, According to New Report

Most people in Ireland experience kindness in their communities, and compared to our neighbours in the UK, Irish people are more likely to take part in collective actions like volunteering, according to a report and survey published today, on International Kindness Day, by Carnegie UK Trust and The Wheel, the national association of charities.

Listen to podcast of this live event here.

The findings will be announced this evening in Dublin at the launch of the final report of the People’s Conversation, a series of public consultations that took place over the past three years.

According to the survey carried out by the Carnegie UK Trust in Ireland, Northern Ireland, England, Scotland and Wales, three out of five people in Ireland strongly agree that people in their community are kind – the highest percentage of any jurisdiction in the survey. People in Ireland are also more likely to volunteer or set up community organisations, a trend supported by the findings of the People’s Conversation contained in the new report.

The People’s Conversation project has seen hundreds of people take part in discussions about what needs to change to create a truly inclusive and participative Ireland, and has resulted in the publication of four influential reports. This final report presents a blueprint of actions to support a more inclusive Ireland with a vision for a more enabling state.

Commenting on the launch of the final report of the series, entitled Participating People, Ivan Cooper, Director of Public Policy at The Wheel : “This report has found that people in Ireland continue to be very much involved in their local community, participating socially, giving financial support and volunteering their time to local, national and international causes. It also found, however, that too many people in Ireland are still excluded from participating in day-to-day life because they lack the material means to do so. In addition, it identified a big deficit in both the quality and quantity of opportunities for people to engage in setting public policy priorities through our democratic structures and processes.”

Sarah Davidson, CEO of Carnegie UK Trust added, “We’re delighted to see the publication of the Participating People report. The Carnegie UK Trust knows that supporting people to participate is essential to our wellbeing. It has been encouraging to have so many people engaged in lively discussions about what meaningful participation in Ireland should and could look like.”

The Participating People report was launched in Dublin on Wednesday, 13 November with a special event focusing on the role we can all play in improving society through active citizenship and participation. We invited some of Ireland’s leading change makers to participate, including:

This esteemed panel participated in a lively conversation with Dil Wickremasinghe (who recorded the event for her popular Insight Matters podcast). The conversation explored their personal journeys, motivations from moving from passive to active participants in shaping society as well as their insights and hopes for shaping our future through empowering people. 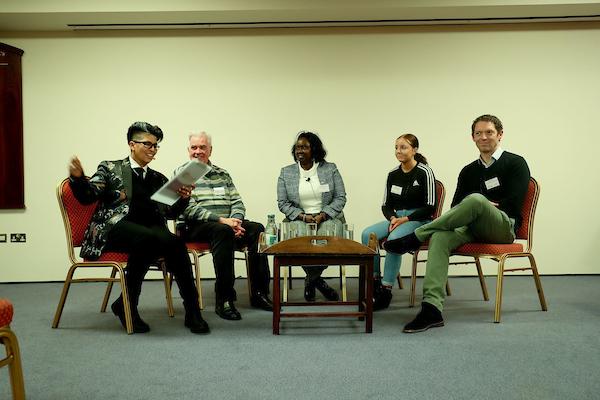 Active citizenship
Become a Member of The Wheel

Local Training for Your Employees - Connecting With Your Local ETB (Webinar)

Find out about accessing free relevant training for your employees through your local ETB.

Learn how an effective internal audit process can help provide feedback on how strong your processes and controls are plus how effective they really are.

Don't miss the EU funding event of the year! Join us for this special in-person event celebrating Year 2 of Access Europe, our EU funding support service for the Irish civil sector.

10 Steps to Creating a Fundraising Plan

What are the key steps to increasing your chances of running successful fundraising events and campaigns?

A Trustee Guide - Introduction to the Role of the Trustee, Governance & the Charities Governance Code (Online Workshop)

New to the exciting world of being a trustee or would you simply like a reminder of the fundamentals? Join us for an engaging and interactive online trustee workshop which will introduce you to the Role of the trustee, the Charites Governance Code and give you the confidence to ensure good governance in your organization.