The risk of any themed day like International Women’s Day (IWD) is that it becomes a token. A one-off event acknowledging a problem that we, as a society, then forget about until the following year.

But the women who speak on IWD panels, post about their experience on social media, write about it in the newspapers — and, indeed, the women whose voices are not heard on the day — are more than a theme. They fight for recognition, justice, and a more equal world every day of the year, and we are proud to count so many of them among The Wheel’s members. 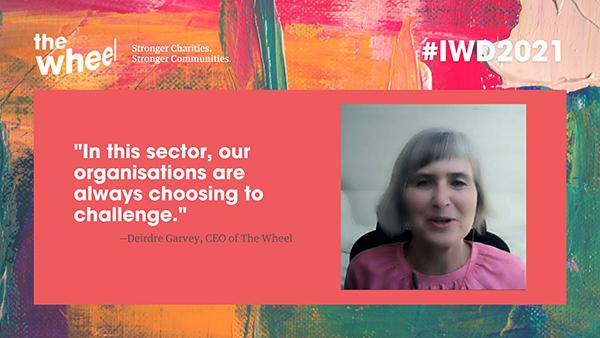 We were humbled by the panel that joined us for IWD this year. Each of them dedicates their time, effort, and passion to make the world a better place for women, and not simply on the day that names the issue.

Barbara Scully, a freelance writer, columnist and broadcaster, was their host. Below we have captured just some of the discussion that arose during the event, and we look forward to hearing it continue long after #IWD2021 has left the headlines. 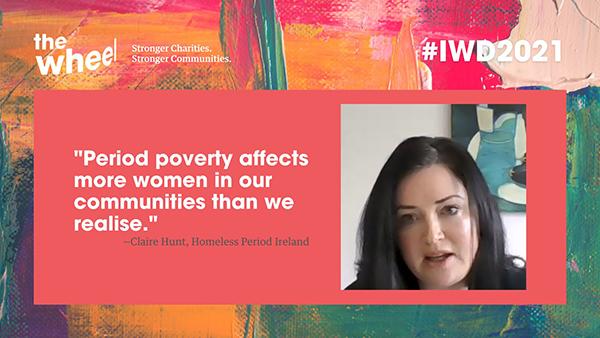 On whether change is coming for the next generation of women

"We still have the [sanitary pad] ads with blue blood! What's really important at the moment is support, having that conversation."

On the impact of COVID-19

"The sad fallout of COVID will be that it's going to affect so many families and push them into poverty. And much of this will impact women."

On men as allies

"It comes down to education, especially when it comes to menstruation. We have to remember that men are brilliant as well. They're husbands, partners, dads, brothers. Education is where they can start." 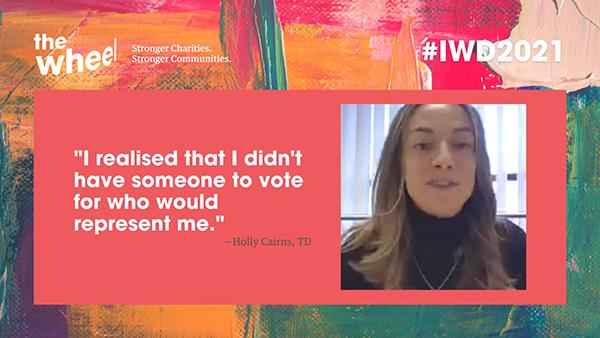 On COVID-19 and gender inequality

"What I saw as a telling moment was when we saw the budget and childcare was not mentioned."

"The burden of care is almost always on women. Women were giving birth on their own while pubs were open. The pandemic has really shone a light on how women are not represented in decision-making." 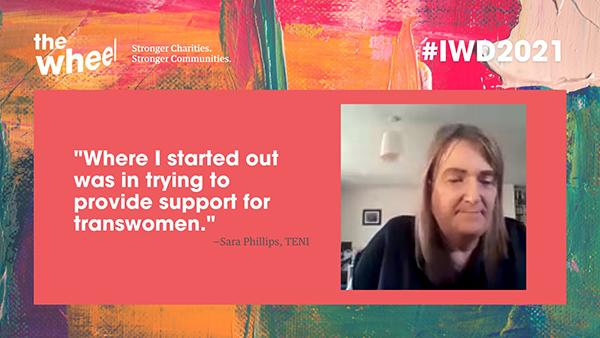 On being a transwoman in the public eye

"My own experience of Twitter is a conflicted one. If you leave the conversation alone it can fester and grow. On the other hand, you need to be in a really secure place yourself to confront it."

"I would always take a view of trying to avoid giving it oxygen. To have a 'culture war', you need two sides. And that's not a helpful narrative in the media."

On equality and progress

"Without representation in an equal way, it will always be difficult. And without the ability to talk about our issues in an open way. We keep it [conversation about things like periods] between women. We need to keep pushing these subjects into the public domain."

"It starts with education. Secondly, you need to start listening to women about our issues. Not what you want to hear, what is actually being said." 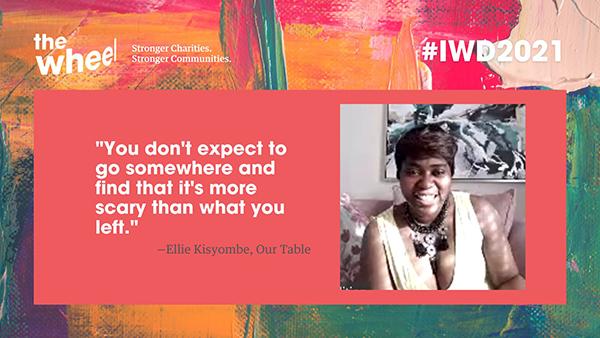 On sharing her story online

"Twitter has become a more scary place. A more toxic place, both nationally and internationally. Sharing your story can be used against yourself, and your words can be twisted."

"The sympathy that I get from other women has driven me forward. But it is very, very hard."

On the support of men

"Men have to start listening. They have to understand that women are opinionated, and not take that as an offence. We must learn not to be reactive, but to live in a more open space."

Learn more about Our Table.